Slides and extras from my session @ Ignite 2018

A stunning 1100 Ignite participants had signed up for my session – Windows 10: Stories from the field – Onboarding users to modern client platform, and for all of you who took the time til join Theater 1 or as a stream online.

As promised, I’m uploading the slide deck and providing some elaborations and material, based on your feedback and questions. Though long, this blog post is meant to give you some of the key aspects and the theory behind.

As a starter, I will present the example from my session (found in the slide) as a base for my blog post 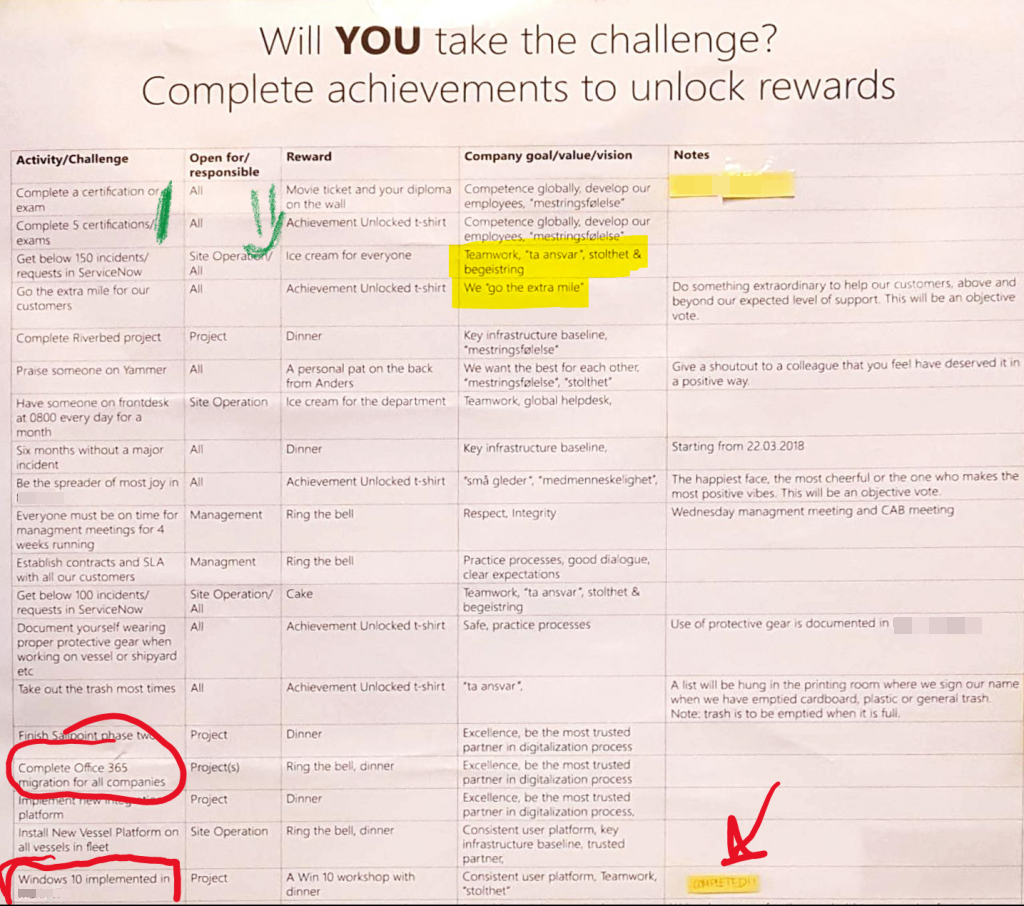 During my time as a consultant, I’ve seen both end users as well as IT staff facing this challenge so let me start with some of the most common scenarios;

Insecurity and fear of losing the feeling of competence could easily be moderated by communicating what you expect from who, why and what the outcome should be. For an example, research shows that the individual connection to a musical instrument make them feel more competent and reduces anxiety while playing music. 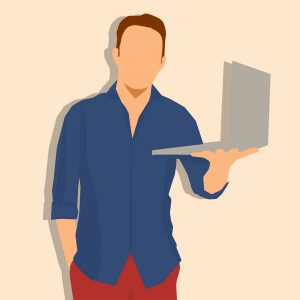 Now, there are reasons to believe this to be true for knowledge workers with software and devices as well. Just imagine that you were to hold a presentation for 15 minutes on a subject matter that you perform tasks on every day. Now, imagine that they want you to do the same thing on a new or unfamiliar topic on a rather short notice.

The feeling of competence is removed and anxiety induced.

It is critical that the company end-goal and expected outcome is communicated, and that everyone knows the means to reach the goal. In the illustration above, this is rewarded by putting the certificate diploma on the wall for a [6 months] period of time. Some desirable certifications and exams are rewarded with movie tickets. Tasks that might come in conflict with work-life balance in some extended point, why not bring their family together on a dinner or a hotel weekend on the company’s dime?

Most computer games are motivating as they are fun to play in themselves, but some of the more time-consuming parts that may be skipped are rewarded with a trophy. This counts for work-related stuff too. Not everyone may take a deep-dive certification in everything, so make the hassle worthwhile for those who do. If compensated (with a movie ticket?) and understanding that their actions matters towards the end-goal is much easier to achieve when everyone in the organization has a growth mindset. Preferably where the entire team or department is rewarded in some way or another.

But what about the co-workers who still are resilient to knowledge and change, those who don’t care about diplomas or movie tickets? Let us address that;

Now getting everyone onboard might be a challenge. Don’t worry, it’s all about the mindset. Even though you might have some employees that are in some way resistant to new solutions and software.

Without digging way deep into theory, empowering the team or department with a power-user who is committed to mentoring his or her colleagues in the subject matter. In my scenarios, this would be Windows 10, Office 365, OneDrive, Teams, AIP and modern devices.

Providing the team with resources and a target specific “reward” when a certain level is achieved could easily motivate staff. Good examples are giving everyone on the team a new coffee cup with a limited design and a personalized touch when a certain progress is reached. Let’s say when everyone in the team has read the five last newsletters and replied in a low-level questionnaire. Low-level should be relative to the teams current level.

Know thy user, for thy user is not thee – they might get yet another job added to their description.

Letting them spend some time to talk about their insecurities allows targeted training or personalized follow-up. Though, remember, mentoring and peer-to-peer learning does not mean that they should be responsible for the training; that would be adding yet another task to their job description. You don’t want to overload or burn-out your power-users.

In addition, don’t stop the bandwagon. If you end up with the entire department opting in for your adoption, don’t let a special group use the new goodies for themselves for a long period of time, creating an in-group versus out-group. Scaling up by adding resources to the onboarding project keeps the bandwagon effect alive.

The baseline here though is a three-way split;

On the last point mentioned above, having someone who is good at on-prem file storage and expecting them to champion in Teams and SharePoint Online after a day or two with some course material is not a good idea. It may eventually result in the individual (or the entire team) to step down their effort and feel helpless.

So we’ve addressed some of the possible solutions to the individual and organizational challenges. Remember, these are only some of the examples and methodologies that could be effective in your adoption- and onboarding process.

The final module that I’ve seen give a lot for a low amount of input is daily, weekly or monthly newsletters, videos and info banners in the workspace.

Video – Now creating a video don’t necessarily mean recording people, it could be as easy as creating a 30-120 second animated video in PowToon, creating a recognizable figure or mascot that both may be used to keep your employees up to date on the deployment, or guide them on the small tips and tricks they might give you a high ROI. Also, these videos may be screenshotted and printed on cups by the coffee machine, banners and informative flyers that make the talk and share knowledge, tips & tricks. People at any age are prone to learn and seek out new knowledge if they are exposed to the right environment and tools. Just take a look at these kids; 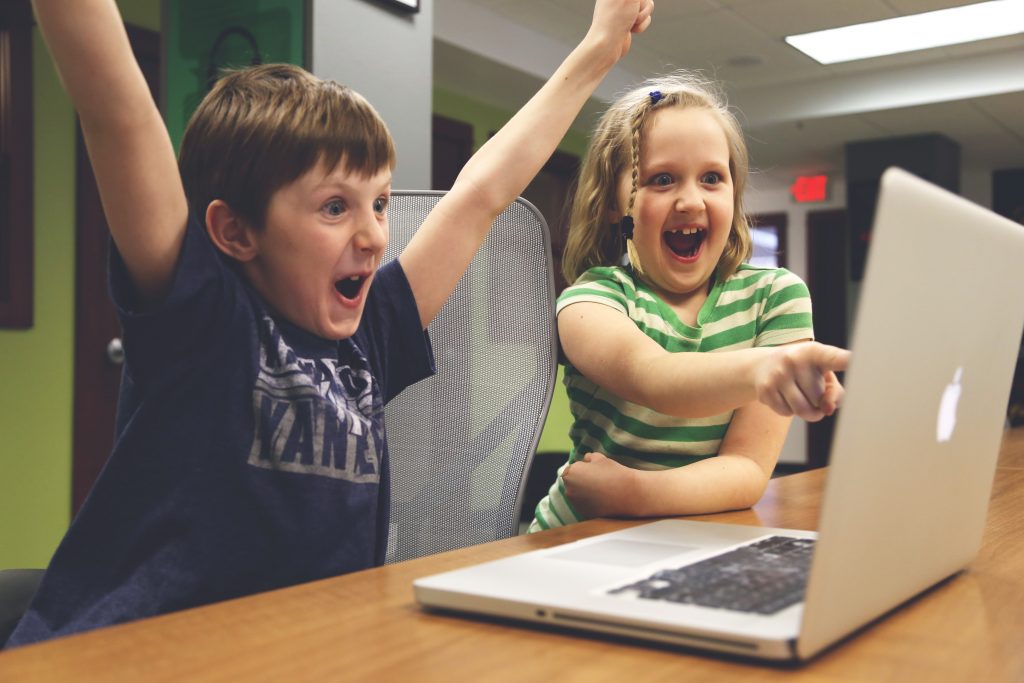 Banners – either you use the material from the video or not, awareness and rapid information in the hallway that don’t steal peoples time is another successful way of getting awareness and talking. “Have you started using OneDrive? I have, and it is sooo much better than the X: drive” – or even better – people that are not satisfied or have figured out how to utilize this new feature may now speak their mind in frustration to get help, over a lunch by the power user.  Being anxious or stressed may appear as frustration in a adoptionprocess. Give people some slack and ensure that good things come to those who seek help.

Newsletter – now this is something that many organizations are doing already, and by adding adoption and useful tips and tricks might bring a high ROI. One attendee at Ignite told me after my session, that they had a quiz in every newsletter, where results gave the participants a chance to win a laptop. Now, I’m not saying this is something you need to do, but this may be a way of elevating your deployment project. 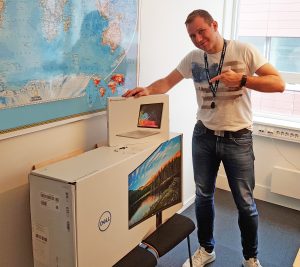 For those who walk the extra mile?

Remember, on your deployment and/or implementation of a new system, budgets are easily exceeding $1 million for a mid-sized company. Even for a minor deployment. Now, how much would it cost extra to give those 5-year-old laptops an earlier retirement and the employee the satisfaction of having the newly deployed application on a gear meant for the information era? To rephrase it, how much extra utilization do you get by letting your employees feel re-invested and valued? They may take that extra mile for free.

Finally, on the company side, ensure that your employees both know and trust that a growth mindset does not make them fear for either being behind nor to ask questions. Like my great tech mentor, Olav Tvedt says; there is no tech revolution, it is an evolution. It is once changes come in chunks every 5 years it feels like a revolution. Keeping the pace on a regular basis makes it far easier to grasp than the “pill of success”.

For those who joined, thank you, and remember the evals for my session