By AlexanderMarch 26, 2015Microsoft, Surface
No Comments

It’s not too often I write about newly released firmwares for the Surface platforms, however, todays (26th march 2015) release is somewhat special and lets you boot from USB and PXE without the old “volume-Down” and power button trick. Todays released firmware let you simply press Esc to change the boot sequence and alter what components are active.

A couple of other nifty details is that you now can disable both cameras, mini display-port, memory card reader, USB-port and the WiFi directly from the UEFI meny. Menaing you could both lock down and secure your device prior to booting your operating system. In other words, the new firmware update is a major release when it comes to Security, flexibility and ease of use. 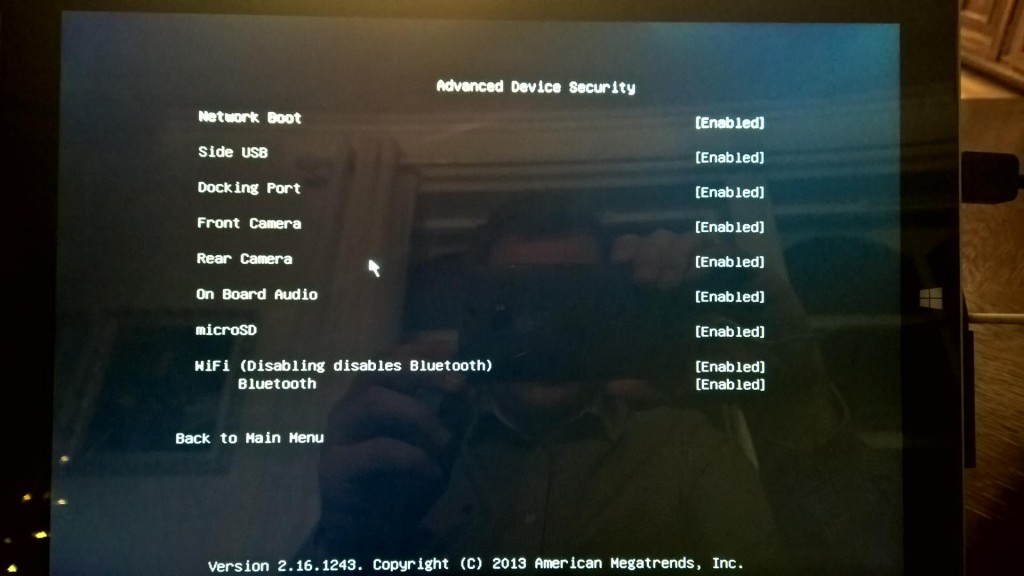 So how do you get it? Simply download it from Windows Update.

Note:
When Surface updates are provided via the Windows Update service, they are delivered in stages to Surface customers. As a result, not every Surface will receive the update at the same time, but the update will be delivered to all devices. If you have not received the update then please manually check Windows Update later. – Microsoft